About us | English title

Leader of Polish Tourism in 2009

Prepared annually by the Agency for Tourism Promotion - the publisher of the “Rynek Podróży” trade magazine – the prestigious catalogue ‘LEADERS OF POLISH TOURISM’ is a guide to the best companies and organisations operating in the Polish tourist industry. The publication ‘LEADERS OF POLISH TOURISM’ is of elite nature and consists of presentations of companies and organisations carefully selected by the editorial staff from thousands existing on the market. It is by no means a random choice – which indicates that few companies can be there - only the ones which are successful, dynamic, innovative, outstanding on the market in their fields of activity and specialisation, which create interesting offers, enjoy a good reputation among clients and cooperating companies, which are interested in acquiring new business partners, award-winning in trade and consumer competitions, winners of rankings created by the staff of ‘Rynek Podróży’ trade magazine, the cities and regions which are most popular among the tourists.

Our main aim is to promote THE BEST service providers on the tourist market and to present their offers.

An important element of the promoting program ‘LEADERS OF POLISH TOURISM’ is the ‘LEADER OF POLISH TOURISM’ CERTIFICATE - awarded for a given year by the trade magazine ‘Rynek Podróży’ to the companies and organisations in selected categories - it is a recommendation for cooperating and using the services of THE BEST providers in the tourist business. The editing staff of ‘Rynek Podróży’

Leader of Polish Tourism in 2006
We are happy to announce that we were awarded the Certificate ‘LEADER OF POLISH TOURISM’ 2006 in the category COACH CARRIERS. The certificate was awarded by the trade magazine ‘Rynek Podróży’ in recognition of high quality of the service as well as strong market position. 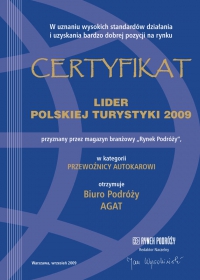 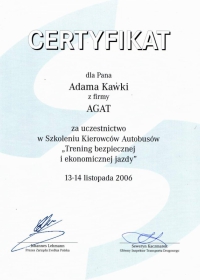 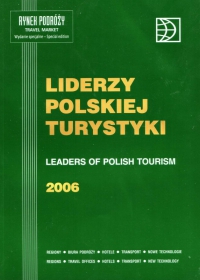 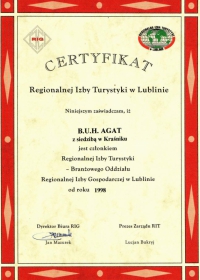 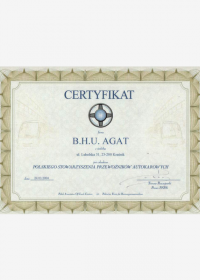